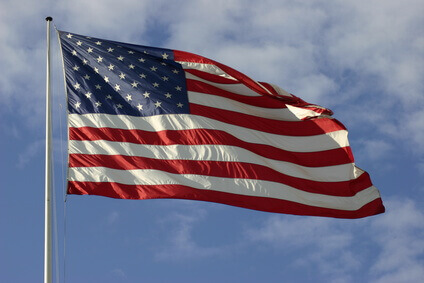 James B. Nutter Pays Tribute to Veterans on Memorial Day

From generation to generation, it’s up to all of us to show our gratitude

(KANSAS CITY, MO.) May 25, 2015 - Every year, we Americans look forward to Memorial Day Weekend as a respite from work and an opportunity to recharge our batteries. Many of us mark the holiday by cooking out, watching sports, camping or even shopping.

But no matter how we choose to celebrate, we should pause to reflect on what Memorial Day is all about. This is the day on which we remember the men and women who made the supreme sacrifice for our country and our allies around the world. Their unflinching courage and dedication are what enables us to take advantage of the freedoms and opportunities available to us as Americans.

Some of my greatest heroes are individuals who have served our military. One of them is President Harry S. Truman, “The Man from Missouri.” In World War I, Truman served as a captain in the 129th Field Artillery Regiment in France.

A biography of Truman posted by the Miller Center at the University of Virginia says Truman’s service during World War I boosted his self-confidence and proved his ability to lead a group of men under the most trying of circumstances.

My father also is a Veteran, having entered the Army at the end of World War II. In 1951 he founded James B. Nutter & Company, a national mortgage banking firm, and began making VA Loans to America’s Veterans right away.

The VA Loan guaranty for homes program was launched as part of the GI Bill that was enacted in 1944. Between the end of World War II and 1966, one-fifth of all single-family residences built in the United States were financed with backing from this program, according to the U.S. Department of Veterans Affairs.

The VA continues to provide a home loan guaranty benefit to service members, Veterans and eligible surviving spouses. We at James B. Nutter & Company have been privileged to serve many Veterans through this program.

So however we choose to celebrate Memorial Day, let’s remember the sacrifices of the Veterans that who have made our celebration possible.