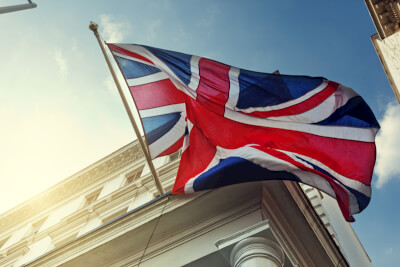 If Great Britain Leaves the European Union, the U.S. Housing Recovery Could Stall

While the attention of the U.S. media over the past week has been rightfully focused on the horrible tragedy in Orlando, upcoming events across the pond threaten to have an enormous impact on the U.S. housing recovery. On June 23rd, Great Britain will hold a landmark election to decide whether it will leave the European Union (or make a “Brexit”, as it is commonly referred). Depending on the outcome, this election could have historic implications. Given the importance of European markets to the U.S. economy if Britain pulls out of the European Union, the resulting economic and political turmoil could trigger a large recession that could seriously affect the U.S. economy.

In other words, the U.S. housing market, which has been roaring back to life over the past two years, could grind to a halt. If you happen to be in the market for a new home this summer, it’s time for you to develop a good “Brexit Strategy”. Buy a house now while the US economy is still healthy and interest rates are low.

The decision to “Brexit” the European Union would be a historically important one. Although Great Britain has never adopted the euro as its official currency, they have nonetheless been a member of the EU for over half a century. However, British discontent with the EU has been growing. Britain has not held a public vote on its EU membership since 1975 and has now become the hot political topic of the year. Recent polling data shows that British voters are evenly split on whether to “Brexit” or not, so there’s no telling which way this referendum will go.

So Why Should Americans Care About the “Brexit”?

Well, there are plenty of reasons. First, Great Britain is our 7th largest trading partner. A recession in Britain could have a much larger effect on U.S. GDP than similar recessions in Greece and Spain did, both of which triggered significant drops in the U.S. stock market. Furthermore, the economic effects of the Brexit could spread to other European countries such as France or Germany. The ensuing reduction in U.S. exports could lead to job layoffs and a significant slowdown in the overall U.S. economy.

If Great Britain decides to “Brexit” the European Union, the economic effects would be almost immediate. The other EU members are likely to retaliate against Britain in some way or another, perhaps even enacting protectionist measures that could spark a European trade war. The “Brexit” would thus isolate Britain from many of her largest trading partners. In the process, Britain’s travel and tourism industries could also be negatively affected.

So please keep a close eye on our friends across the pond next week. The political and economic stakes for Europe are huge and have grave implications for the U.S. economy. If you’re looking to buy a house or refinance your mortgage, you would be wise to adjust your “Brexit Strategy” accordingly.