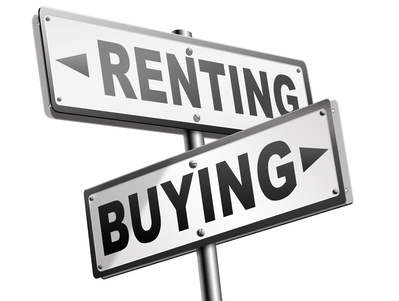 Latest Affordability Statistics Prove That Renting Is Much More Expensive

New economic data confirms a national trend that started over a year ago—a combination of rising apartment rents, low interest rates and increasing property values is influencing many Millennials and Gen Xers to dump their apartments and buy a home. Apartment rents have risen so dramatically in some markets that the cost of renting an apartment can frequently consume over 50% of a tenant’s average monthly take home pay. In the eyes of many experts, the rising cost of renting is simply unsustainable.

To understand the current trends in the housing market, a little history lesson is in order. In the wake of the 2007-2009 economic recession, homeowners began shifting to apartment living for many reasons, not the least of which was that the supply of apartments was plentiful and rents were cheap. The numbers of apartment dwellers grew so fast that by 2010 the apartment construction market simply took off. From 2010-2015, construction of new apartments and condominiums grew at a faster pace than single-family homes, according to the Wall Street Journal. In 2015 alone, U.S. builders began construction on 396,600 new apartments, the most in a single year since 1988. By comparison, construction of single-family homes lagged significantly as the home construction market attempted to heal itself from the devastating effects of the recession.

But as Bob Dylan once wrote, the times they are a changin’. For almost ten years, surveys have shown that apartment dwellers continue to rent because they perceive that renting is cheaper than buying a home. However, that perception appears to be shifting. According to a recent Freddie Mac survey, 70% of renters currently feel that renting is more affordable than buying, but only 55% plan to keep renting during the next three years.

As the popular saying goes, perception is reality. And the reality that is quickly becoming perception is that housing is much less expensive than renting. Indeed, for Millennials, buying is an average of 23% cheaper than renting, and buying is cheaper in 98 out of 100 of the largest 100 U.S. metro areas (Trulia). Moreover, interest rates remain near historic lows, the job market continues to improve, and property values are increasing, which are important indicators that signal a healthy housing market.

As for the trend that new apartment construction will continue to exceed home construction, many economists are predicting a reversal in 2016. According to a pair of studies by the National Association of Home Builders and Metrostudy, growth of single family construction in 2016 is projected to exceed apartment construction by an average of 10%-17% this year. This new supply of homes should bolster the declining inventory of homes for sale and keep housing affordability low.

Housing trends certainly don’t change overnight, but recent evidence indicates that the apartment boom appears to be ending. As word spreads that homeownership is significantly less expensive than renting, Millennials and Gen Xers will continue to shift their preference to homeownership. With interest rates this low, now is the time to do so.