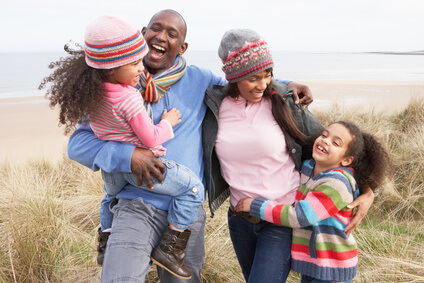 Sometimes bad economic news can be good news for homeowners, and that is exactly the case in January 2016. While the stock market has gotten off to a very rough start due to weakness in the Chinese economy and the price of oil, homeowners across the country are benefiting from an unexpected drop in interest rates. At the same time, property values continue to rise as the housing market roars back to life. As a result, more and more homeowners are refinancing their mortgages to lower their interest rates and using their home equity to save thousands of dollars at the same time.

Think the refinancing boom is over? Not so fast. Although overall refinancing activity has subsided somewhat compared to last year, more than 5.2 million borrowers would likely qualify for and benefit from refinancing at today’s interest rates, according to a recent report by Black Knight Financial Services (BKFS). Many of these homeowners could save substantial dollars. BKFS estimates that nearly 2.4 million borrowers with existing 30-year mortgages could save $200 or more per month at today’s rates if they refinanced.

While many 401(k) accounts have taken a beating this year, the recent instability has triggered a rally in the U.S. Treasury market which has pushed mortgage rates lower. The yield on the bellwether 10-year Treasury bond recently dropped below the magic 2% mark, and 30-year mortgage rates now sit comfortably below 4%, which only adds to the numbers of homeowners that can help themselves by refinancing. And the Federal Reserve, which just increased the Federal Funds rate in December, voted not to raise rates at their most recent meeting, indicating they will sit on the sidelines for now and monitor the global economic situation closely.

In addition to an unexpected drop in interest rates, property values in most parts of the country have continued to increases. According to two well-publicized reports, both Case-Shiller and Freddie Mac are showing 6-7% year-over-year increases in home values. According to Freddie Mac Deputy Chief Economist Len Kiefer, “We saw another strong year-over-year improvement in this month’s MiMi /Index/, the best 12-month showing in a year."

What makes this combination of low mortgage rates and increasing property values such a “perfect storm” is that many homeowners can now access a significant chunk of their home equity and lower their interest rate at the same time. In their Mortgage Monitor Report, BKFS reported that the level of accessible home equity in the U.S. (defined as the amount of home equity below an 80% Loan-To-Value Ratio) increased $600 billion in 2015. They estimate that there are 37 million eligible homeowners who could access an average of $112,000 in home equity right now by refinancing.

Word about the perfect storm of cash-out refinancing is spreading quickly-- cash-out refinances are up 68% from this time in 2014 and are at their highest volume in five years. While natural disasters such as Winter Storm Jonas continue to batter homeowners this winter, the combination of low interest rates and rising property values has created a perfect storm of refinancing that could benefit millions of American families like yours.