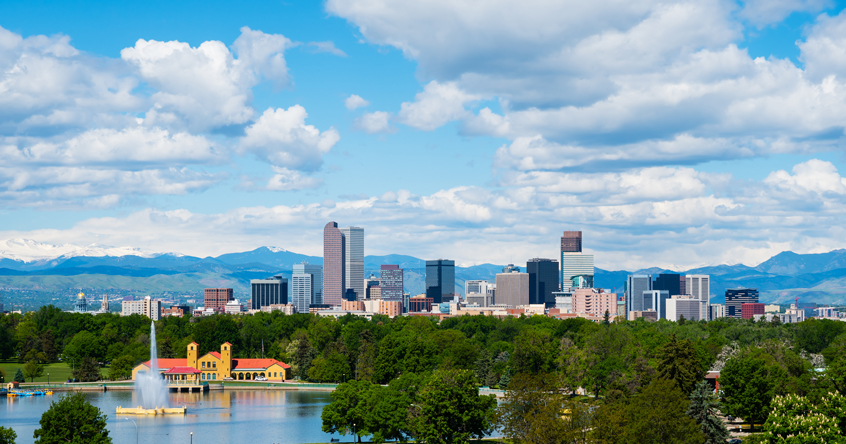 The Denver Real Estate Market: A Glimpse into Our Future

When the Federal Reserve was forced to cut interest rates in order to revive the nation’s economy, the real estate market roared back to life and took off, causing some housing experts to express concern that the Fed may have inadvertently created another housing “bubble” that could burst at any moment. However, recent housing data from bellwether cities like Denver paints a more positive picture—that the nation’s best real estate markets appear to be gradually cooling off and returning to normal. As a result, homebuyers can buy and sell their properties much easier in this low interest rate environment.

In many respects, the Denver real estate market provides a snapshot of the nation’s post-recession housing market. Like many cities, the real estate boom caused home prices in Denver to rise and housing inventories to shrink. At the same time, the cost of renting an apartment in Denver became more and more cost-prohibitive and caused many renters, particularly millennials, to take a fresh look at homeownership.

The impact of the millennial generation on the Denver housing market cannot be overstated. According to Housing Wire, there will be 5.2 million homeowners in the U.S. by 2025 and millennials will comprise a large percentage of that group. For its part, Colorado is one of the top four states in attracting migrating millennials and has a rapidly growing economy which is fueled by the growth of its largest city. As a result, cities that are good at attracting millennials like Denver (Dallas, Portland and Seattle also come to mind) have experienced some of the biggest growth in home prices.

Recent data suggests that fears of a housing bubble in Denver are overblown. According to the Denver Metro Association of Realtors (DMAR), the median home price in Denver declined by a modest 1.30% in August and the number of home sales declined by 5.79%. DMAR stated that many realtors felt the slowdown was purely seasonal and that, “We are nowhere near popping.” In addition, DMAR reported that sellers were becoming more realistic with their pricing because sellers who missed the seasonal summer peak had to adjust and buyers were starting to negotiate.

Another factor which is contributing to a “soft landing” in the real estate market is favorable interest rates. The Federal Reserve has communicated its positon on interest rates so transparently that their incremental hikes in interest rates have largely gone unnoticed. Mortgage rates thus remain near their historic lows.

At the same time, the mortgage industry is finally starting to relax their home loan underwriting guidelines, if just a little. Within the past few months, Fannie Mae and Freddie Mac have announced more attractive credit, down payment, income and debt guidelines. None of these new guidelines are viewed as overly risky. Instead, the new guidelines are data-driven and perceived to be quite reasonable.

For all of these reasons, the Denver example illustrates that absent some unforeseen economic crisis, our country should experience a “Goldilocks” housing market for the near future—one that’s not too hot and not too cold. As Steve Danyliw of DMAR concluded in his September report, “Is the housing market in Denver turning? Over 95% responded with a quick YES. One realtor responded, ‘The feeding frenzy has lessened’. No one believes a bubble is in our near future and I agree…We’re slowly returning to normalcy.”