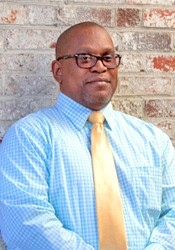 Damon has been with James B Nutter & Company since August 2012. Initially, ee was trained as a Mortgage Loan Originator, but was transferred to assist the Loss Mitigation Department in December 2012. The transfer was based on a change in Federal regulations that required licensure of anyone negotiating with borrowers applying for Loan Modifications. Damon was moved back to assist with the loan originations in April 2015. He is licensed not only in Kansas and Missouri, but a host of other states in the Midwest and Southeast.
Damon received a Bachelor of Arts in Economics from the University of Missouri in Kansas City. His hobbies include gardening, going to antique shops and cooking BBQ on the grill.